What was the Son doing before Bethlehem?

Sunday we thought together from God’s Word about The Son’s Bethlehem Birth. And Before.

One of the questions we asked was What was the Son doing before Bethlehem? 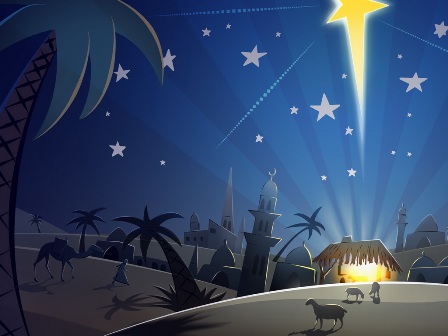 When the One and Only Son showed up at Bethlehem, that was most likely not the first time He’d been here. Hagar, and Abraham, Gideon, Manoah and his wife and many others had run into Him. We’re not talking about a vision here. Or a dream.

Before Bethlehem, God the Son showed up, face to face with people on the planet He created.

We call these adventures theophanies, which comes from two Greek roots: God, and appearing. A theophany is God appearing here on earth in various human forms. In these pre-Bethlehem appearances on earth, the Eternal Son of God is often called “The Angel of the LORD,” and comes helping His people in times of need.

OK, cool. But how do we know this Angel of the LORD is God, not just some really hip angel? Good question.

Fourth, the Angel of the LORD was honored as God. According to Exodus 3:5, when in the presence of this Angel, Moses was commanded to remove his shoes, for the place where he stood was holy ground. In Genesis 22:11-12, it appears that Abraham's sacrifice would have been received by the Angel of the Lord since the Angel of the LORD spoke to Abraham saying, "Do not stretch out your hand against the lad, and do nothing to him; for now I know that you fear God, since you have not withheld your son, your only son, from Me."

Fifth, the Angel of the LORD promised to do what only God could do. He promised Hagar that He would make Ishmael's descendants "a great nation" (Genesis 21:18; cf. 16:10). He told Abraham that He would greatly bless him and greatly multiply his seed (Genesis 22:17). When speaking with Moses He said, "I have come down to deliver them from the power of the Egyptians" (Exodus 3:8). These promises would have surely been meaningless if the Angel who spoke to them was less than God.

OK, so the Angel of the LORD is God. But who says He’s the One and Only Son, who became flesh forever (remember, He didn’t leave His body in the grave!) at Bethlehem?

We believe these appearances of God (theophanies) are the eternal Son because He is the only member of the Trinity to manifest Himself in visible, bodily form. Neither the Father nor the Spirit characteristically manifest themselves in visible bodily form, although at Jesus' baptism, the Father's voice is heard and the Spirit descended upon Him like a dove (Matthew 3:16-17). The Scripture is very definite that God the Father has never made a temporary descent into visibility.

•John 1:18, "No man has seen God at any time; the only begotten God, who is in the bosom of the Father, He has explained Him."

•1 Timothy 6:16, "who alone possesses immortality and dwells in unapproachable light; whom no man has seen or can see. To Him be honor and eternal dominion! Amen." (cf. 1 Timothy 1:17)

•John 5:37, "And the Father who sent Me, He has borne witness of Me. You have neither heard His voice at any time, nor seen His form."

God the Holy Spirit is also described as invisible. Jesus said as much in His Upper Room Discourse.

Jesus Christ is the full manifestation of God in visible, bodily form (John 1:14; cf. Colossians 2:9). According to the above factors, it would seem right that it is the role of the Second Person of the Trinity to appear visibly in both Testaments.

Our God is an awesome God. Active. Loving. Eternal. Coming to earth to care and rule. God the Father, God the Son, God the Holy Spirit: worthy to be loved, obeyed, enjoyed and worshipped for ever.