Les Misérables this Christmas, and the Providence of God

Jean Valjean is a burly, broken French peasant living in the early 1800's.

He has abnormal strength and a potentially violent nature. He is on a never ending quest for redemption after serving 19 years of hard labor in prison for stealing a loaf of bread for a starving sister and family.

In the wonderful providence of God (think: Esther, and read Ephesians 1.11) Valjean encounters a grace filled man who amazingly forgives him and frees him to serve God.

In his attempts toward redemption, he becomes a force for good, yet his dark past haunts him. He is relentlessly tracked by Javert, the police inspector. A long and winding road entangles Valjean with a slew of characters and sweeps him into the midst of the French revolution. 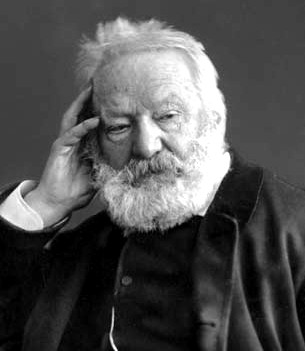 Valjean, Javert, Fantine, Cosette, Éponine and a Paris full of characters are all the grand creation of Victor Hugo, the French poet and novelist, born 1802. Hugo is best known in English for this novel, Les Misérables, sometimes translated into English as The Miserable, The Wretched, The Poor Ones, The Wretched Poor, or The Victims, and his classic The Hunchback of Notre-Dame.

Upton Sinclair, wrote, and many others agree that Les Misérables is "one of the half-dozen greatest novels of the world." (Those who want to read the book will probably want to consider the recent edition by acclaimed translator Julie Rosell, all 1376 pages!)

As many of you know, this Christmas Day a new musical film version of Les Misérables comes to theaters.

The film stars Hugh Jackman (Valjean), Russell Crowe (Javert), and Anne Hathaway (Fantine)—and also including Sacha Baron Cohen as Thénardier and Colm Wilkinson (the original Valjean in the London musical) as the Bishop of Digne. It is directed by Tim Hooper, who previously directed The King’s Speech. (Check out the trailer at the bottom of this page.)

Grace-filled Christian themes are numerous and explicit in Victor Hugo's Les Misérables. And yet none have ever argued that Hugo's spiritual pilgrimage led him to Christ and His eternal life.

Pastor John Piper uncovers the gift of Victor Hugo in these fine thoughts:

"In the providence of God, and by the grace He scatters so liberally among his adversaries, Victor Hugo was brilliant in his blindness. The imago deiand the remnants of his Christian roots break forth—to the praise of his Maker.

There are reasons Les Misérables is a classic. Put your eye to the pinpricks of light in these excerpts:

Liberation is not deliverance. A convict may leave prison behind but not his sentence.

The supreme happiness of life is the conviction that we are loved; loved for ourselves—say rather, loved in spite of ourselves.

He had nothing in his favor except that he was a drunkard.

We bow to the man who kneels.

A faith is a necessity to man.

Woe to him who believes in nothing.

A man is not idle because he is absorbed in thought.

To meditate is to labor; to think is to act.

Laughter is sunshine; it chases winter from the human face.

They ridiculed the century, which did away with the need to understand it.

Skepticism, that dry rot of the intellect, had not left one entire idea in his mind.

Despair is surrounded by fragile walls, which all open into vice or crime.