Infamous Sins and the Glory of God

What is the most awful and sensational sin ever committed?

(Of course, this begs the question, “Are some sins worse than other sins?” If there are, and I think there are, which of these is worse than all the others?)

Perhaps here are a couple of ways to measure the dreadful greatness of sin:

1. Who is sinned against?

2. The good that has been done by the one who is sinned against.

So what do you think? What’s on top (or bottom) of the list of spectacular sins of all time? 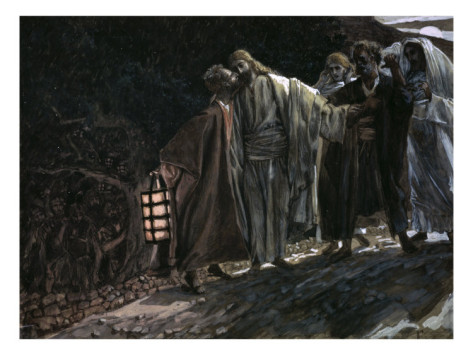 I want you to think on this now because on Sunday we’ll ponder the scriptures and discover together (thanks to Mark Driscoll, John Piper and God's Word for many thoughts) that God overrides even the most horrible sins committed in our world, and uses them for His glory, and our good! The smallest of sins, and the most hideous.

Think about what God the Father says about God His Son:

That’s a verse worth mulling over, studying, hiding in your heart.

Did you notice the three prepositions? (If you did, thank a teacher!)

Everything was created by Him. By Jesus.

He created everything everywhere, from the smallest cell to the biggest galaxy. From the ugliest cockroach to the most beautiful human. From the greatest saint to the most diabolical dictator. From the deepest oceans to the highest mountains. You, and the person you have the most difficult time liking. The angels full of wonder and praise and the evil supernatural powers full of hatred for God and his people. (God of course did not create evil, nor create them evil, see Jude 1.6. But He did know what they would become before they became.)

All was created by Him, we’re told twice here. Everything.

And all was created for Him. For Jesus.

He created everything for Himself.

So in the end, all things, all people, all powers will bow before Him, Philippians 2.9-10.

And all things, everything, even the most spectacularly awful sins, God will override and use for Him, for His glory, and our good.

You can see it in your own life, how God has overridden awful, painful experiences, for your good, and His glory. And you’re still waiting to see His good come into your life in some places. An untimely death. Divorce. Bankruptcy. Job loss. A broken, hard relationship. Or disease. Mental illness. Terrorism. Really hard stuff for one of your children. A relationship you hoped for hasn’t happened. Someone’s mean spirit or words toward you. You’re still wondering in angst how anything good can come out of this awful situation.

“Therefore we do not lose heart. Though outwardly we are wasting away, yet inwardly we are being renewed day by day. For our light and momentary troubles (they don’t seem very “light and momentary” and weren’t in Paul’s life either, see 2 Corinthians 11.23-29) are achieving for us an eternal glory that far outweighs them all.”

Be encouraged. Don’t fear. When you feel overwhelmed, when you feel small and vulnerable, know beyond a shadow of a doubt that Jesus has all authority over all.

And even over spectacularly dreadful sin. Be encouraged as we dig into God’s Word this Sunday and consider how even the most spectacular sin ever committed brings glory to God, and much, much good to us.

Wow Gary these blogs are cool! Thanks for the daily encouragement and wisdom. All praise to Him!