Paseo del Rey's team is serving alongside our missionaries, Gary and Georgia Bell, in Belize. The following are Gary's recent Facebook posts that chronicle some of the team's ministry adventures:

THE LONG-AWAITED date of arrival of the mission team from Paseo del Rey Church in Chula Vista, California has finally come. Their flight landed precisely on time at 10:37am this morning. They had flown out of San Diego around 10:30pm the night before and endured a 5-hour layover in Miami, Florida before the last leg of the journey to Belize. So the team is understandably tired and some of them were able to grab a little “shut-eye” while Jeremy Lemus drove them to their cabins at Maya Cacao near Red Creek in the Cayo District.

This afternoon they were able to take a nap before dinner was served—Relleno Negro, (Black Soup), a Belizean favorite. Each bowl contains a piece of chicken, a hard-boiled egg, a meatball, plus vegetables. Of course it comes with corn tortilla and rice. This is real comfort food, especially for the weary travellers. We are especially thankful to Nelly Dawson and Elenita Navarrette who prepared the meals and took charge in the kitchen.

We are grateful to God for sending us our friends from a far-away land to join with Georgia, Jonathan, Michelle and me as we serve the children and their families in Belize. 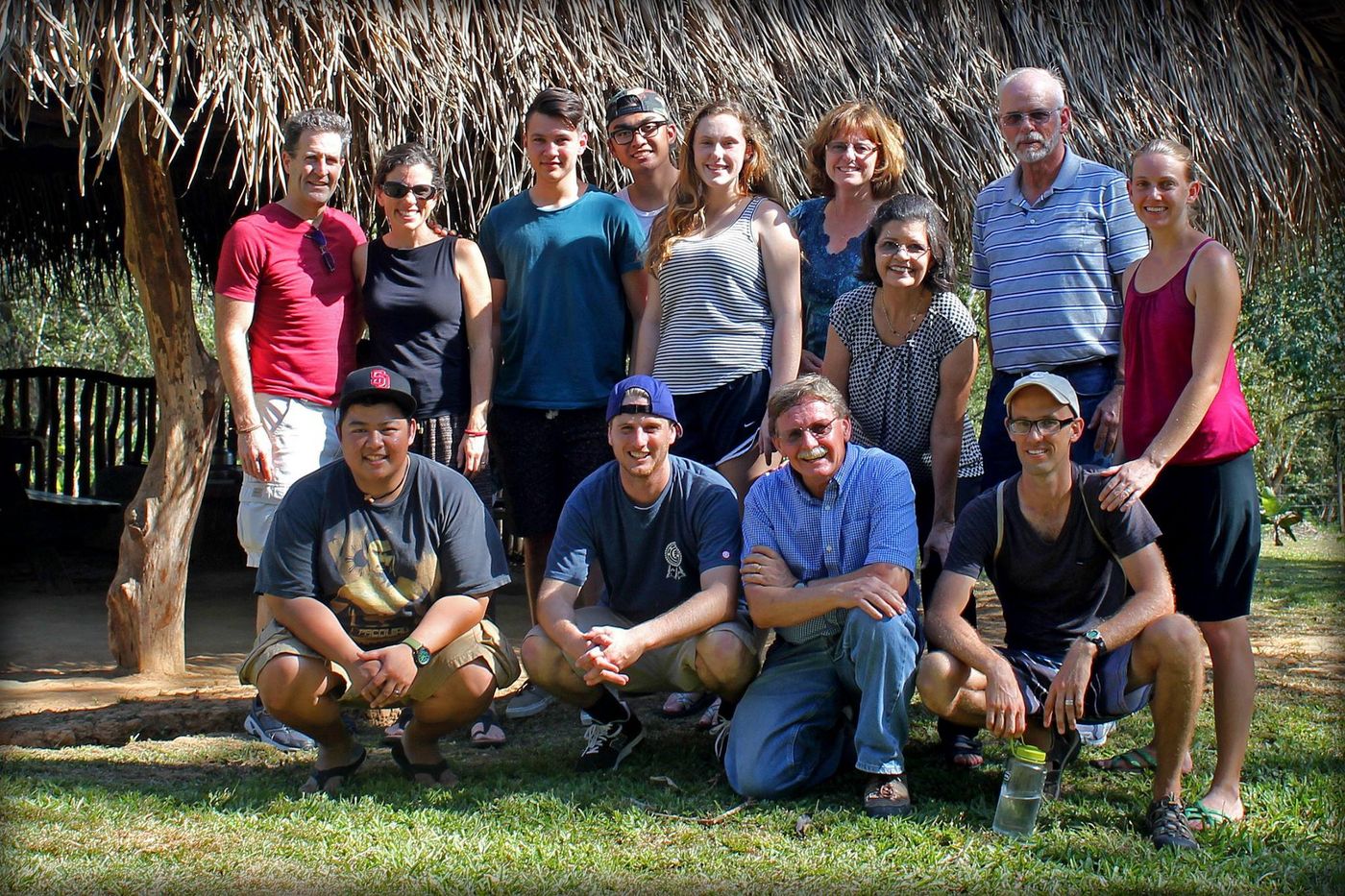 This morning while making coffee at the mission base for our Paseo del Rey Church team the power went off. I checked the breakers and they were all okay. We soon realized that there was a citywide power outage.

The power was still out when we went to church at Cornerstone in San Ignacio. The inside of the church building was very warm and a bit stuffy. Then something very curious happened. As we began to sing and worship one of the ceiling fans began to turn slowly. And then another one started spinning, and then another and another. Then the lights came on. Pretty soon we had the microphones set up and we were worshiping with “full power”.

And then something else very curious happened. Just as soon as we finished the last worship song the power went off again. And it remained off for the rest of the entire service.
A coincidence? Maybe, maybe not.

This afternoon at our church service in Hillview we had full electrical power again. But our visiting worship team didn’t need it. We had an acoustical guitar, a ukulele, and our voices. And that was powerful enough. 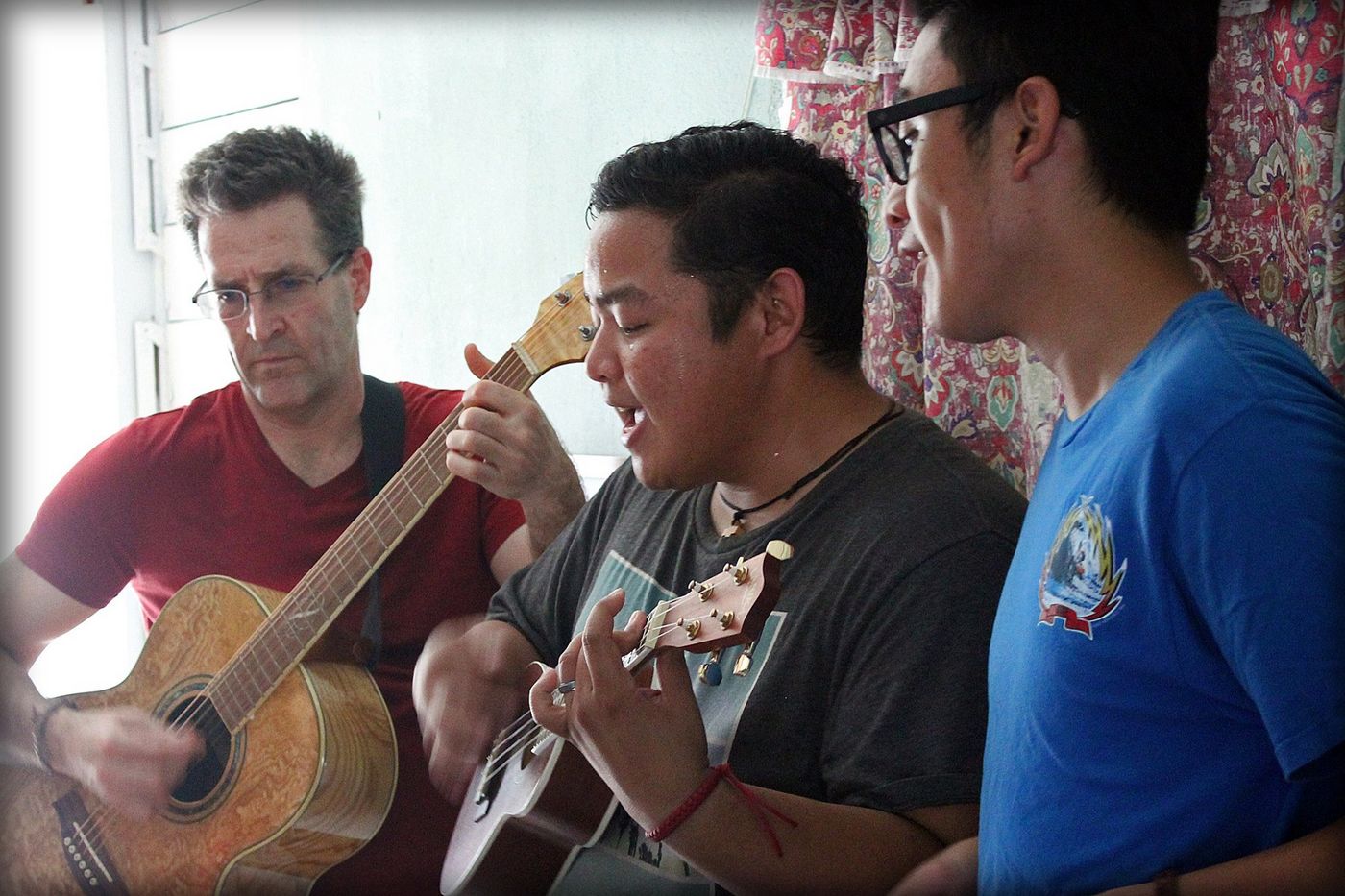 The evening service at our church in Hillview is both intimate and informal. But it is also enthusiastic and sincere. We meet in a house much like the early church did as recorded in the book of Acts and in Paul's correspondence. And meeting in a house gives us the feeling of being a family, especially because children are such an important part of our fellowship. And it is a very beautiful thing when the family gathers in worship. 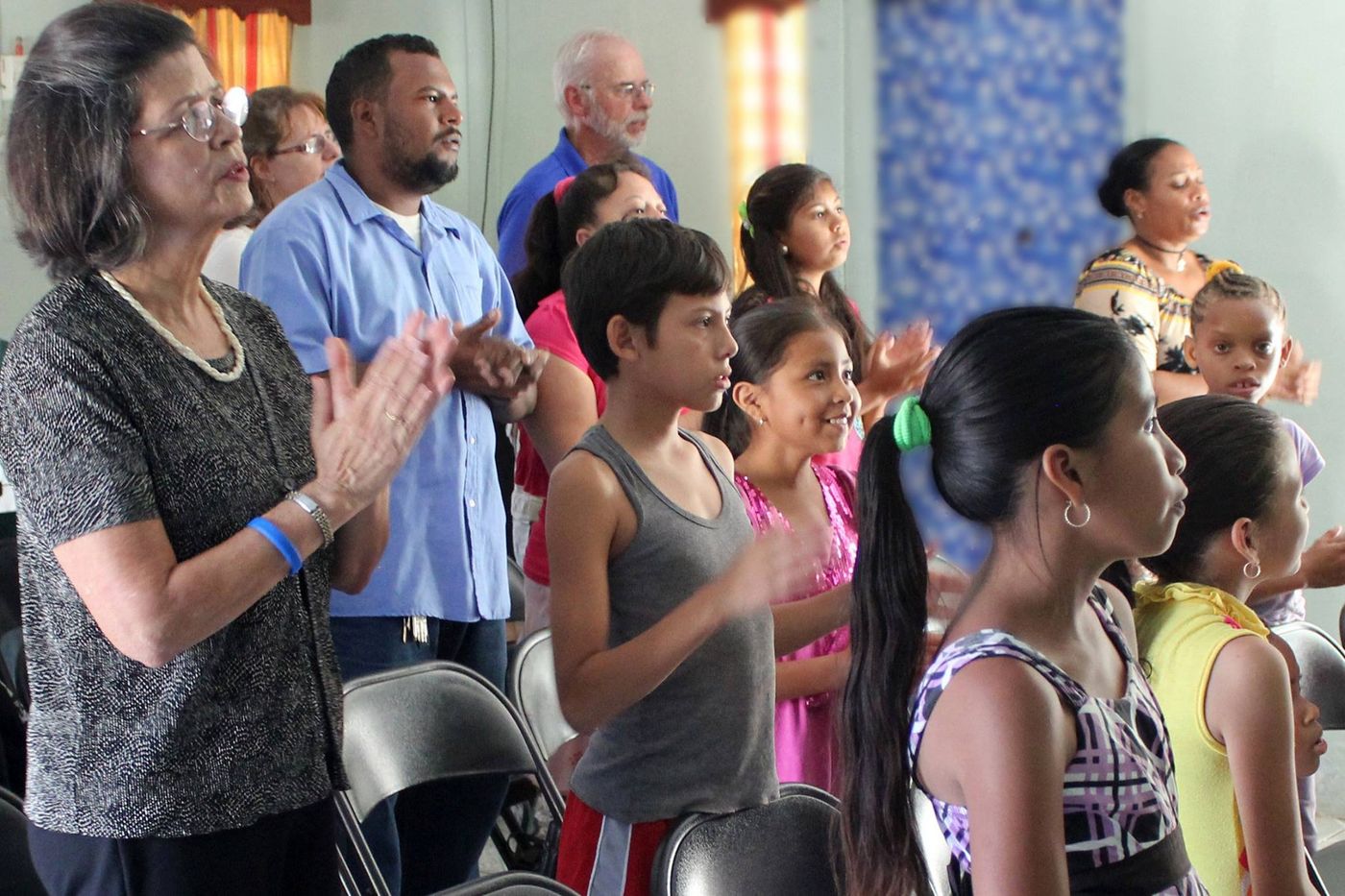 XUNANTUNICH is one of the highest Maya archeological sites in all of Belize. Today our team from Paseo del Rey Church in Chula Vista, California scaled the heights of this massive Maya structure. Some of them suffer from a fear of heights but all made it to the top as they clutched the steep walls of the ruins taking one step at a time.

That’s a pretty good picture of walking by faith. Regardless of the fears either real or imagined we climb upward, perhaps slowly and carefully, one step at a time, all the while clinging to the rock.

“Trust in the Lord forever, for the Lord, the Lord himself, is the Rock eternal.”
~ Isaiah 26:4 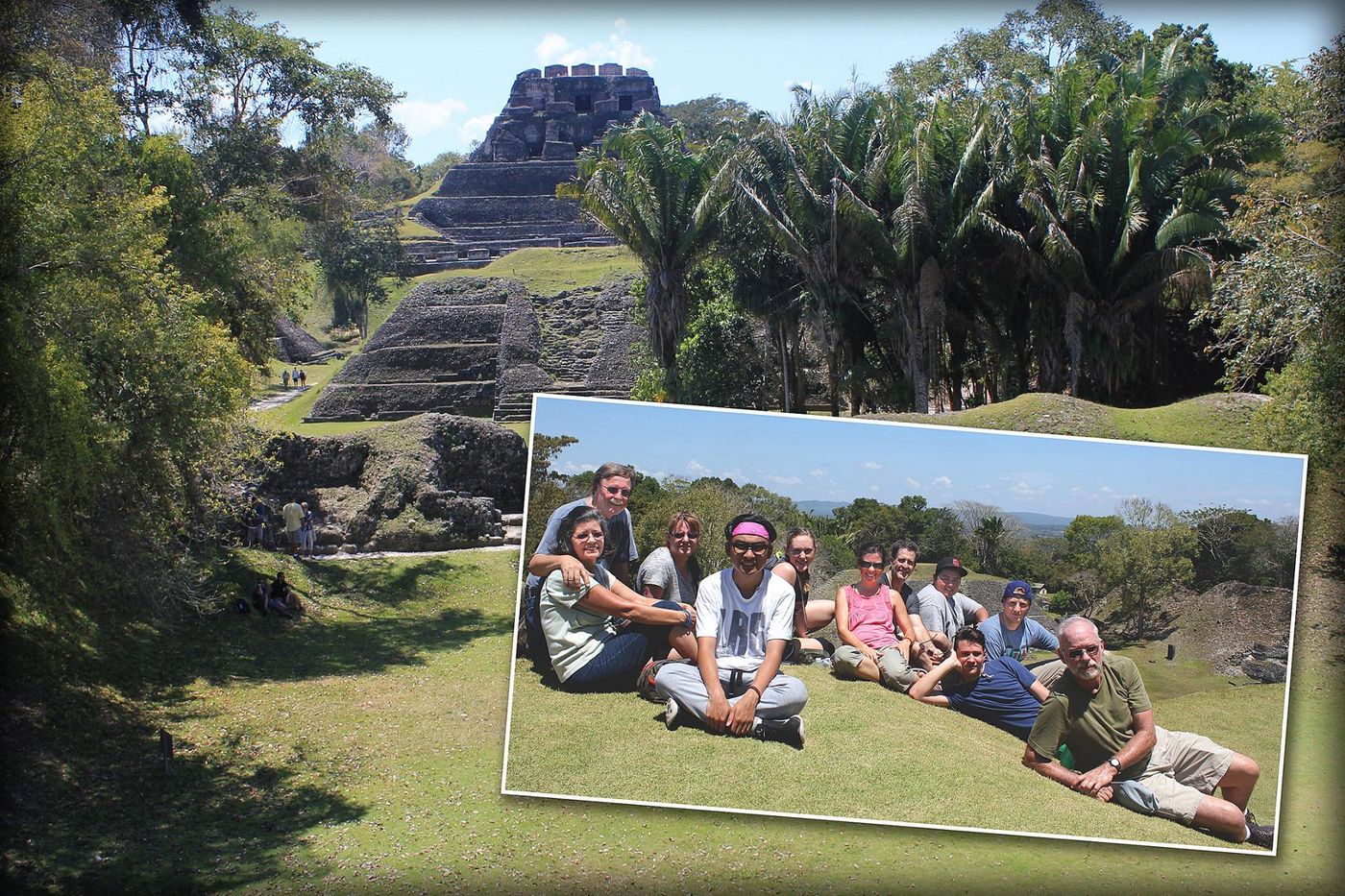 GIANTS are not just creatures of imaginative fairy tales; they are the subject matter of many Bible stories. Perhaps one of the most familiar is the story of David and Goliath. David, a young shepherd boy takes on the giant, Goliath who is shouting slanderous threats against the Israelites. With only five stones from the brook and a slingshot, young David loads his slingshot and hits the giant right on his forehead, knocking him out.

Elijah Agustin told this story today at Kids’ Corner in a very engaging way and even illustrated it on a chalkboard for the children. After hearing the story, Carlo John Carlo Cacho Gucilatar gave instructions on how to create a Goliath character that could be used as target practice. He also taught them how to make a slingshot with half of a plastic cup covered with a tight balloon and five marshmallows for ammunition. We ran out of time so the kids took their goliaths and slingshots home to work on their aim.

Most of us have “giants” in our lives that need to be conquered. Sometimes they are fears that need to be faced or challenges that need extra courage. Today the kids learned that giants can be killed and that victories are possible with faith in the Lord and by using the very common resources that are readily available.

‘David triumphed over the Philistine with a sling and a stone; without a sword in his hand he struck down the Philistine and killed him.” ~ 1 Samuel 17:50 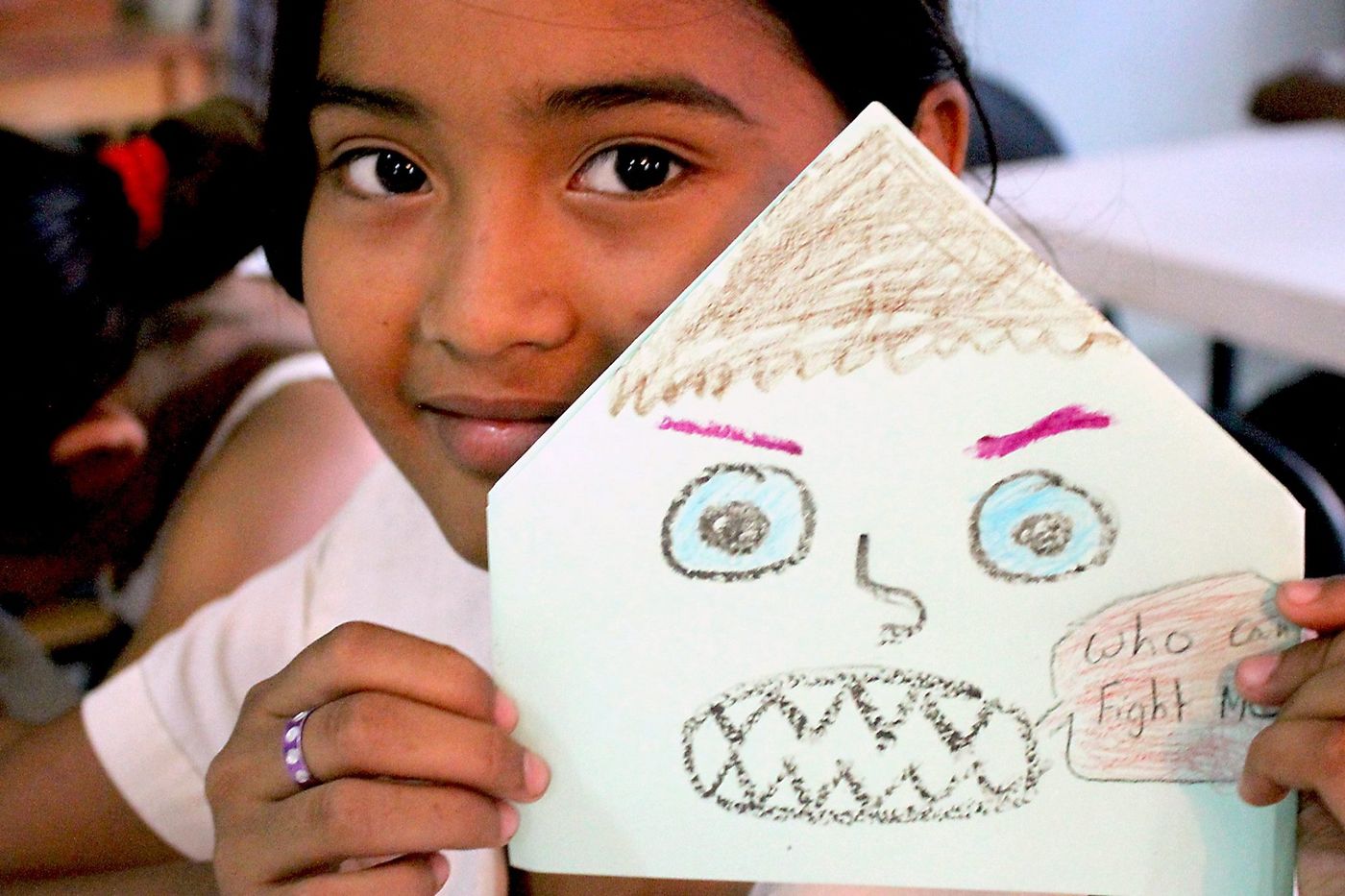 Saturday, March 28th, will be a big day of outreach and ministry. Please continue to pray for the team as they walk by the Spirit and bear fruit for the glory of Jesus!